Nelson Mandela was a South African anti-apartheid revolutionary, political leader and activist for human rights. Mandela was arrested for conspiring to overthrow the state and sentenced to life imprisonment and stayed in prison for 27 years. Because of the domestic and international pressure and with fears of a racial civil war, President F. W. de Klerk […] 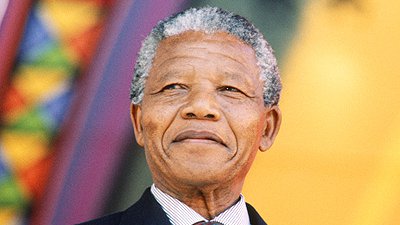 Mandela was arrested for conspiring to overthrow the state and sentenced to life imprisonment and stayed in prison for 27 years. Because of the domestic and international pressure and with fears of a racial civil war, President F. W. de Klerk released him in 1990. He was President of South Africa from 1994 to 1999.

To honour his life and work, the Mandela day was officially celebrated by the United Nations in 2009. This year, we’ll celebrate his centenary.

No matter how small your action, Mandela Day is about changing the world for the better. Just as Nelson Mandela did every day.

I’ve selected 03 speeches of Nelson Madela to inspire you. Let’s make the difference.

That better life must mean an end to poverty, to joblessness, homelessness and the despair that comes of deprivation. This is an end in itself because the happiness of the human being must, in any society, be an end in itself.

At the same time, we are intensely conscious of the fact that the stability of the democratic settlement itself and the possibility actually to create a non-racial and non-sexist society, depend on our ability to change the material conditions of life or our people so that they not only have the vote, but they have bread and work as well.

We therefore return to the United Nations to make the commitment that as we undertook never to rest until the system of apartheid was defeated, so do we now undertake that we cannot rest while millions of our people suffer the pain and indignity of poverty in all its forms.

02.  Nelson Mandela speech for the campaign to end poverty in the developing world, London

Overcoming poverty is not a gesture of charity. It is an act of justice. It is the protection of a fundamental human right, the right to dignity and a decent life. While poverty persists, there is no true freedom.

03. For the last, Nelson Mandela in Cape Town on his release from prison

Our march to freedom is irreversible. We must not allow fear to stand in our way. Universal suffrage on a common voters’ role in a united democratic and non-racial South Africa is the only way to peace and racial harmony. In conclusion I wish to quote my own words during my trial in 1964. They are true today as they were then: I have fought against white domination and I have fought against black domination. I have cherished the ideal of a democratic and free society in which all persons live together in harmony and with equal opportunities. It is an ideal which I hope to live for and to achieve. But if needs be, it is an ideal for which I am prepared to die.’

If you want to know more about #MandelaDay, visit the Nelson Mandela Foundation website.

Everyone has the ability and the responsibility to change the world for the better! Mandela Day is an occasion for all to take action and inspire change.