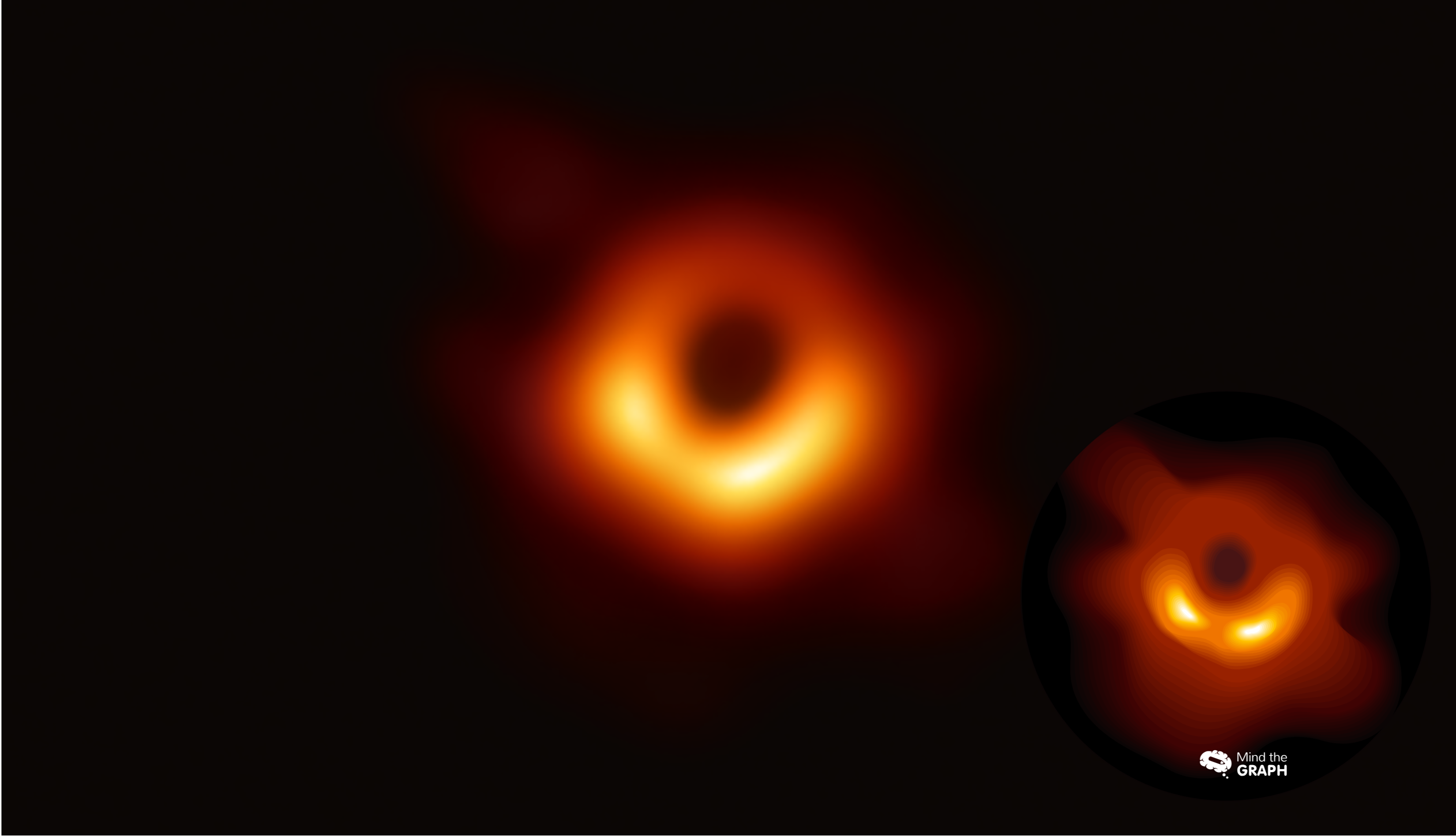 The last few days have been exciting for all scientists and science enthusiasts. We saw for the first time, an photography of a black hole. The scientists announced the news during a live-streaming event. The Event Horizon Telescope (EHT project), the European Southern Observatory and National Science Foundation (NSF) organized the event.

The researchers connected radio telescopes around the world. So, they can get enough power to visualize the area of a black hole.The algorithm created by Dr. Katie Bouman and other scientists got together data collected from radio telescopes scattered around the globe, under the auspices of an international collaboration called the Event Horizon Telescope.  The project was studying two supermassive black holes, the Sagittarius A  (Via Lactea) and the center of  M87 galaxy. The Astrophysical Journal Letters magazine published the picture in a special edition. This great discovery was possible due to the efforts of more than 200 scientists and high technology.

Take a look at this infographic published by Nature:

Doctor Katie Bouman shared a picture on her Facebook showing the team responsible for the new data about black holes.

“I’m so excited that we finally get to share what we have been working on for the past year! The image shown today is the combination of images produced by multiple methods. No one algorithm or person made this image, it required the amazing talent of a team of scientists from around the globe and years of hard work to develop the instrument, data processing, imaging methods, and analysis techniques that were necessary to pull off this seemingly impossible feat. It has been truly an honor, and I am so lucky to have had the opportunity to work with you all.”

According to EHT project, black holes are extraordinary cosmic objects with enormous masses but extremely compact sizes. The presence of these objects affects their environment in extreme ways, warping spacetime and super-heating any surrounding material.

“If immersed in a bright region, like a disc of glowing gas, we expect a black hole to create a dark region similar to a shadow — something predicted by Einstein’s general relativity that we’ve never seen before, explained chair of the EHT Science Council Heino Falcke of Radboud University, the Netherlands. “This shadow, caused by the gravitational bending and capture of light by the event horizon, reveals a lot about the nature of these fascinating objects and allowed us to measure the enormous mass of M87’s black hole.”

Multiple calibration and imaging methods have revealed a ring-like structure with a dark central region — the black hole’s shadow — that persisted over multiple independent EHT observations.

The black hole is 40 billion kilometers in diameter. This means 3 million times the size of our planet – and is described by scientists as a “monster.” It has a mass 6.5 billion times greater than that of the Sun. And we estimate it to be one of the largest that ever existed.

Some black holes were inactive, but not this one. And that means it converts nearby gas and matter into energy with 100 times more efficiency than the nuclear fusion that powers the stars.

A black hole has different parts and structures. Take a look: The importance of this picture

“A black hole is very, very far away and very compact,” Bouman says. “[Taking a picture of the black hole in the center of the Milky Way galaxy is] equivalent to taking an image of a grapefruit on the moon, but with a radio telescope. To image something this small means that we would need a telescope with a 10,000-kilometer diameter, which is not practical, because the diameter of the Earth is not even 13,000 kilometers.” Look this video from Nature showing scientists reacting to the discovery:

Furthermore, this picture is a powerful confirmation of Albert Einstein’s theory of gravity, or general relativity, published in 1915.  It sounds strange to keep saying Einstein is right. However, every time his general relativity theory is confirmed, “we kill a cloud of alternative theories” and gain better understanding to create an even more comprehensive theory of the natural world.

A picture is worth a thousand words

To celebrate this discover, we illustrate the black hole. The illustration are available to all mind the graph users. Feel free to use it and to suggest new illustrations: