Gender Bias in Research: What Is It and What Are the Effects?

Learn about gender bias in research and what are the main consequences of it when it comes to health care and diagnosis. 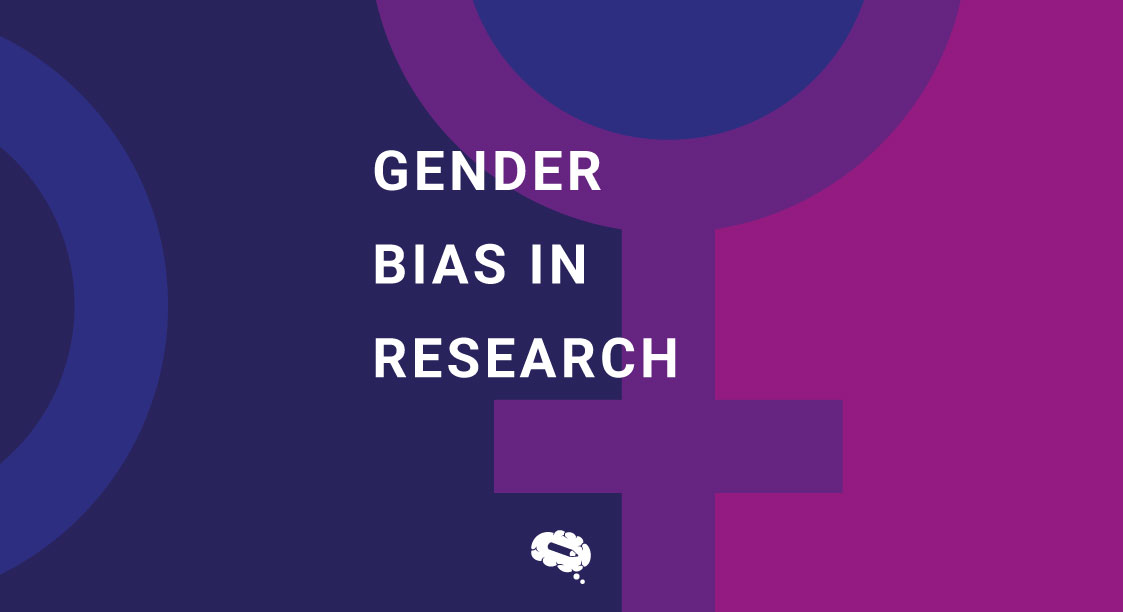 Women are underrepresented in the academic system as writers, reviewers, and editors. This underrepresentation is ongoing and widespread across many fields.

According to a new study that evaluated 1.5 million academics in STEM, the gender difference in the academic community and effect has not reduced during the last 60 years.

Furthermore, besides women being the minority in the academic community, there is also a considerable disparity in the gender chosen for a sample and even research subject selection, which results in an androcentric, or male-focused, bias that has historically prompted researchers to focus their findings and topics on males, both in scientific investigations and in research on social or behavioral issues. This phenomenon is referred to as Gender Bias in Research.

What is gender bias in research?

Gender bias in research is defined as treating men and women differently, with the impact varying from favorable to damaging to neutral, it is a systematic erroneous gender-dependent approach to social conceptions that mistakenly views men and women as closely similar or even totally different, when they should be considered as equals.

According to a 2020 worldwide study, about 90% of all people have some type of gender bias towards women.

For research purposes, it should be underlined that gender insensitivity or androcentrism can lead to systemic mistakes in research design and analysis, due to results that are systematically different from the true values due to erroneous or inadequate knowledge.

And, furthermore, a lack of useful information because of the main research chosen topics can lead to unequal healthcare access, information and knowledge.

Everyone can create beautiful infographics using Mind the Graph

As a subscriber, you have access to a friendly drag-n-drop interface and many design assets to help you make beautiful creations. You can select and edit a ready template or go to the workspace and start creating from scratch.

How does gender bias affect research and diagnoses?

To get directly to the point, when it comes to gender bias, women’s health care is the most significant reason for concern.

As previously stated, gender bias can influence the selection of a research topic or even when it comes to choosing the right samples, resulting in a lack of understanding about the biology of female species, other than reproductive biology, as research is often centered on male beings.

Many scientists used to assume that men were the perfect test subjects since they did not have menstrual periods and could not become pregnant.

A good example is that males receive much more funding for coronary artery disease research than females, despite the fact that the at-risk female group suffers far more morbidity and death.

Inadequate symptom treatment has also been identified as a result of gender bias. Doctors who do not believe patients also restrict individuals from receiving symptom treatment. According to a 2018 study, doctors typically label men suffering from chronic pain as “brave” or “stoic,” but women suffering from chronic pain are labeled as “emotional” or “hysterical.”

As a result, there is a delay in diagnosis. When doctors fail to take a patient’s symptoms properly, the person may go years without obtaining the right diagnosis. In 2019, for instance, a study discovered that in 72% of cases, women waited longer for a diagnosis than males, considering the average time.

What are the additional ramifications and factors of gender bias?

Unfortunately, gender bias has an influence on more than just health care. There is also an obvious detrimental influence on government and organization policies, since they have a tendency to pass policies without adequate knowledge of how such policies may affect the well-being of women.

Not to mention the fact that in any field where men have the preponderance of authority and influence, women may be subjected to sexual harassment or assault.

If you want to generate high-quality research, it must be comprehensible to everyone who reads it.

To reach this high degree of comprehension, visual assets such as infographics or illustrations should be used so that the reader can absorb the knowledge without requiring a lot more data and information.

Check out Mind The Graph to discover how to develop exceptional graphic assets and take your work to the next level.