The impact of Geographical Bias on research and studies

In this article, you will discover more about geographical bias and how it impacts studies and research for undeveloped countries. 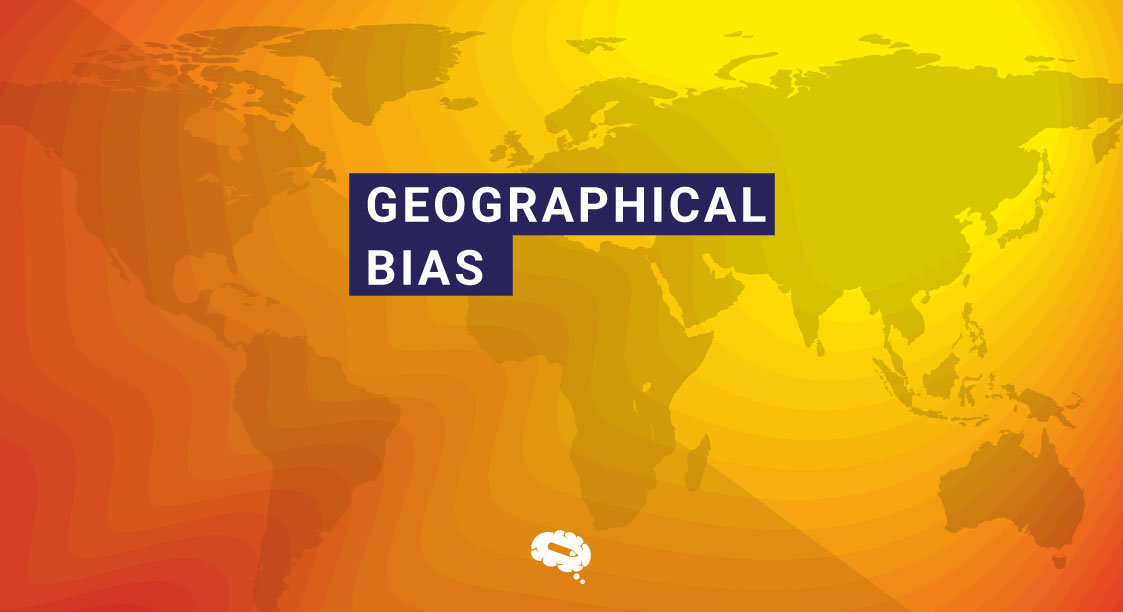 One of the most difficult aspects of being a scientist or an academic figure is thinking beyond the box. When conducting research or analyzing a study, it is necessary to put oneself in a position where you must think and evaluate various points of view, hypotheses, and possible conclusions.

That is, no individual, gender, or geographic location can speak or think for everyone. A scientist or an academic must attempt to challenge gender and geographic preconceptions and bring a variety of viewpoints to the field.

Mind The Graph already discussed the impacts of gender bias, and now you will discover more about geographical bias in this piece.

What is geographical bias in research?

Geographical bias is the biased way in which scientific evaluations are warped depending on the geographical origin of, for example, the offered work rather than its real quality or usefulness.

While this could be attributable to scientific aptitude, research productivity, and the result of the studies, most research from reduced-income countries is probably being rejected early and improperly as a result of a geographical bias towards the country from which the study comes.

Many researchers from less developed countries have expressed concern about having their work and studies rejected owing to geographical bias, simply because they live in a country that is not well-known by the academia.

How geographical bias may affect academia and research?

Geographical bias may have several impacts on research: one of them is that some outstanding studies are not known or utilized, merely because of their country; moreover, a study may be regarded as not good enough because of its country.

According to one study, the participants preferred more biological initiatives from the United States over those from China; therefore, they were more ready to provide funding to Americans.

According to some, a substantial amount of the world’s scientific achievements are being ignored. There is a tendency in academics that favors North countries, leaving a significant disparity between North and South.

Aside from the preceding examples, there’s also a considerable disparity between citations of North-South areas. When the percentage of academic citations was calculated during a study conducted in 2012, the United States and Europe represented more than 70% of the overall total. While Africa, South America, and Oceania received less than 5% of all academic citations.

Dealing with bias may be difficult and complicated, especially because recognizing that geographical bias exists can be extremely difficult. Finding ways to halt it is a work in progress, and so far, the only successful remedy has been blinding reviewers.

The contribution is delivered to the reviewing process, without the author’s identity or any other personally identifiable information, after an editor of a journal or an individual of a committee analyzes it to see whether it satisfies the requirements and runs a plagiarism test.

Once the reviewing process is complete, they must return it to the editor or individual with remarks or recommendations, as well as a decision to accept it, make minor or major changes, or reject it altogether.

High impact and greater visibility for your work

To make your work stand out, utilize the Mind The Graph tool to create graphical abstracts, infographics, or illustrations. Captivate your audience’s attention and make your work more understandable in simple steps using amazing templates.

According to well-known research, “Graphic Details: the Importance of Diagrams in Science,” using an infographic as a visual feature in a publication enhances citations by 120%. Explore some successful cases of Mind The Graph enhancing work in the scientific community.