Nature neuroscience: the link between schizophrenia and microglia 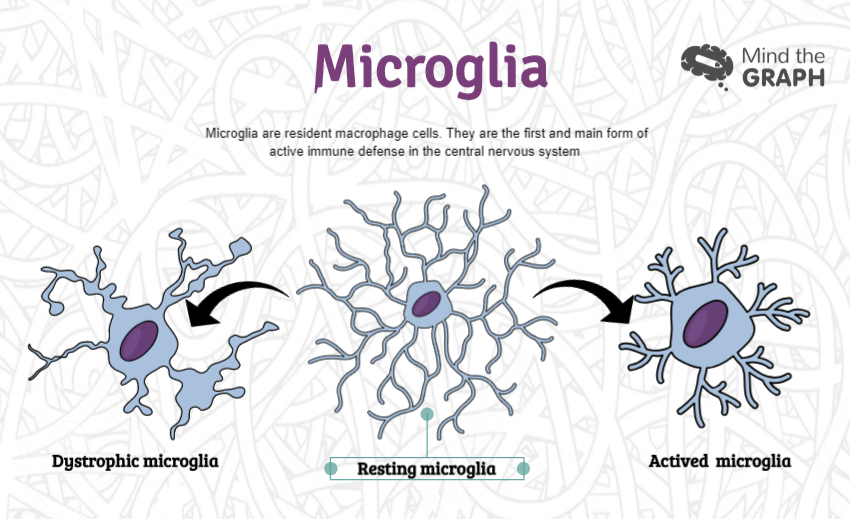 Schizophrenia is a chronic and severe mental disorder that affects how a person thinks, feels, and behaves. People with schizophrenia may seem like they have lost touch with reality. To understand the schizophrenia development, we need to talk about synaptic pruning. According an article from Nature neuroscience 1, “synaptic pruning is the process of synapse elimination that occurs during early childhood until early adulthood.” As the brain develops, environmental inputs shape the neural circuitry. This process eliminates excess synapses generated during early development and strengthens the remaining synapses.

Furthermore, few years ago, human brain imaging and postmortem studies brought new evidences to support the ‘synaptic pruning’ hypothesis. The evidences showed that spine density and gray matter are reduced in the cortices of schizophrenia patients.

Therefore, now scientists are trying to understand the mechanism underlying this phenomenon. According to Carl Sellgren, Roy Perlis and collaborators the immune system may play a role in the excessive synaptic pruning. Their new paper1 published in Nature neuroscience describes an in vitro model that applies cellular reprogramming to study schizophrenia patient-specific microglia-mediated synapse engulfment.

Microglia are a collective type of neuroglia (glial cell) located throughout the brain and spinal cord. They are 10–15% of all cells found within the brain. As the resident macrophage cells, they act as the first and main form of active immune defense in the central nervous system (CNS). Moreover, microglia cells are able to recognize foreign bodies, swallow them and act as antigen-presenting cells activating T-cells.

If you want to present your research in a visual way too, graphical abstracts and beautiful scientific illustrations are a powerful tool! So, start today to make your data more visual.