Facing the Challenges in Science Community

It’s time to learn about the current challenges in science community and how they affect knowledge acquisition. 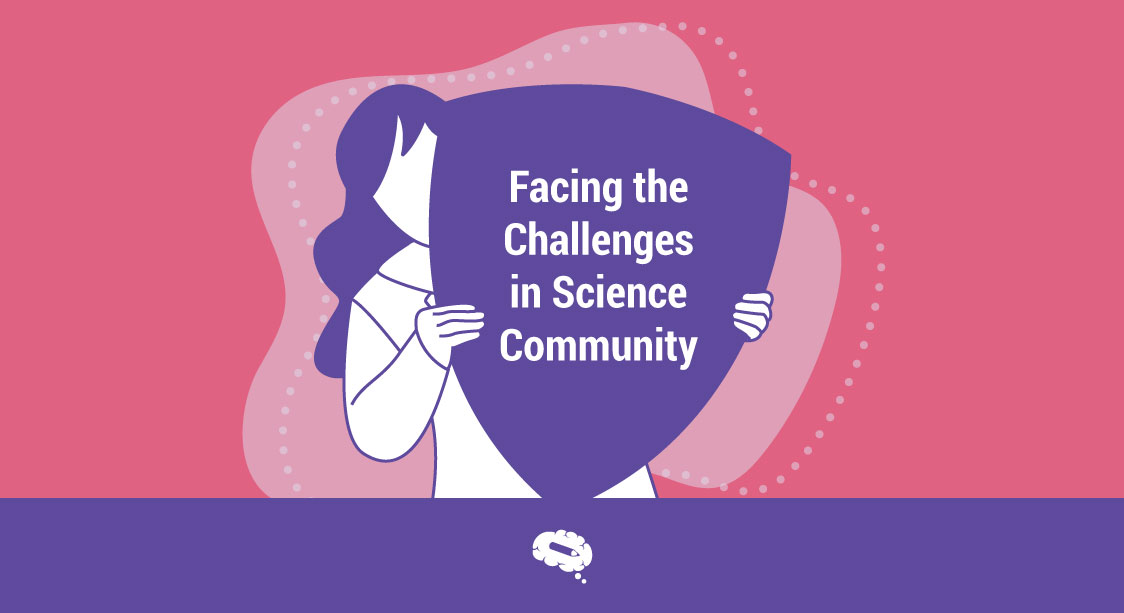 The scientific community is growing in importance by the day, but at the same time, the challenges in science are increasing exponentially.

A Vox research asked, “If you could change one thing about how science works today, what would it be and why?” to 270 scientists worldwide, including graduate students, professors, heads of department, and Fields Medalists. As a result of this study, Vox figured that their careers are being hindered by unfavorable incentives, resulting in sloppy science.

The main objective of this article is to outline the current challenges in science community and the results of these challenges.

All research requires funding, and the fight to get and keep funding has traditionally been the stumbling block that most scientists encounter throughout their careers. However, recent developments have made obtaining money much more challenging. Whilst the scientific community is growing, most countries’ funding has been declining.

The difficulties in obtaining financing is exacerbated for those just starting out in their careers, as established researchers are preferred. This intense rivalry is also influencing how science is performed.

According to the scientists, they were forced to make decisions they would not typically make in order to keep the money and the institutions pleased. Not to add that funding now typically expires after three or four years, discouraging scientists from undertaking long-term, and actually meaningful, work.

The consequences of these acts are obvious in how publications are not of the expected quality, and the research has a low impact as a result of the bad outcome.

Many of the scientists who participated in the survey stated that poor incentives hinder research quality. The current state of the science community’s funding and employment market places scientists under considerable pressure to have their research published in high-profile journals, which necessitates impressive results.

Because of this enormous pressure, scientists concentrate on certain patterns found in their work and alter the research to get the results that journals want. The issue is that there is a great number of published research with trivial results, which represents a waste of money and resources from the scientific community.

Replication is an important element of the scientific community; simply, scientists are supposed to choose previous studies and evaluate them to see if the findings withstand. This is one of the challenges in science community because most researchers don’t do replication as frequently as they should.

Scientists have little incentive to replicate prior research; most funding agencies prefer to finance fresh initiatives that will yield entirely new data. Another difficulty with replication is that journals will not publish it unless it contradicts past findings or conclusions. And, last but not least, some studies may be really difficult to replicate.

Peer reviewers aid in the filtering out of faulty research and guarantee that a paper is free of glaring mistakes. Many scientists believe that the established peer review system is ineffective in preventing low-quality research from being published and the system fails to detect fraudulent papers.

Science may be difficult to access nowadays, with much too much information hidden in paid journals that are difficult and costly to obtain. A lot of scientists in the Vox study advocated that academic research should be open to the public for free reading.

Aside from that, there is the publication process, which is difficult and slow, causing a delay in information delivery.

Overstated, contradictory, or simply deceptive statements. Scientists are worried about how knowledge is disseminated to the non-scientific public, the public hold onto wholly unscientific notions or has a distorted understanding of how science works.

One example given by the scientists who took part in the study is how celebrities who know nothing about science, health, or nutrition may influence others.

According to Microsoft research, people now have the attention span of a goldfish, which means you only have 8 seconds to capture your audience’s visual attention. So, to get the most out of your audience, use infographics and illustrations to get extraordinary outcomes. Mind the Graph is the tool for you, use the world’s largest scientifically accurate illustration gallery!