What is Agroforestry and Why It is Better Than Monoculture

Monoculture has been the major form used by farmers and agriculturists to produce food in order to feed a non-stop growing population. This type of production has caused not one, but several problems for the planet. Loss of soil nutrients, soil degradation, and forest fires are some examples, all because our planet population is growing […] 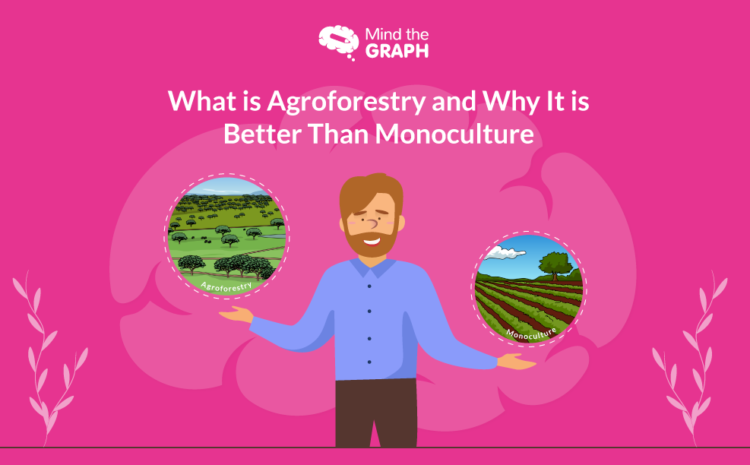 Monoculture has been the major form used by farmers and agriculturists to produce food in order to feed a non-stop growing population. This type of production has caused not one, but several problems for the planet.

Loss of soil nutrients, soil degradation, and forest fires are some examples, all because our planet population is growing bigger and bigger, demanding every day more food.

In the past thirty years, a new method has been developed at some places in Brazil. Agriculturists (or Farmers) are not choosing monoculture anymore, instead they are following another path of production, called Agroforestry or Syntropic Agriculture.

Ernst Götsch is the pioneer who started the methodology three decades ago. Ernst is a swiss agriculturist researcher known for idealizing and disseminating the agroforestry in the northeast state of Bahia in Brazil, and later all over the country.

Götsch had worked many years with genetic improvement, with time he started to ask himself if it was truly valid to genetically modify the plant for the purpose of surviving in different scenarios and environments like is done today in monoculture.

Instead of doing that Götsch decided to improve crop production in a richer environment. Ernst transformed one degraded area of 500 hectares into a productive tropical forest in Bahia.

Food production is not the only focus of the agroforestry method, it is also a very useful tool to recovery degraded areas for the purpose of giving back to the soil its productive capabilities.

The method is characterized by the organization, integration, balance, and energy preservation of the environment, allowing the ecosystem to work in a natural configuration.

In practice, the plants are cultivated in a forest format, mixed with different sizes and characteristics next to each other. Because of that arrangement, the ecosystem starts to live and grow in a synergic way, sharing nutrients, water and protecting each other from plagues. The result is the transformation of a small ecosystem into a large forest, where everything is connected.

“Without farmers, there is no food, the agriculture profession is not encouraged by the schools, not even inside the family, because is a hard life, the soil degrades fast in the way agriculture is done, each year it gets worse.

But in a place where things get better every year it creates a sort of spiral of growth”, says Marsha Hanzi comparing the monoculture and the agroforestry. Marsha is a North American who lives in Marizá, in Bahia, Brazil. She is the person responsible for the farm called Epicentro, an area that she and her collaborators successfully recovered using the agroforestry.

The farm ground went from sand to rich and very productive soil, showing that the agroforestry should be given more attention by farmers and agriculturists.

In monoculture, the soil is degraded losing nutrients as the harvests take place, besides the use pesticides and chemicals fertilizers that also affect the soil quality making it poor and hard to recovery each season.

On the other hand, the agroforestry doesn’t use pesticides or others chemicals, having the opposite effect of the monoculture, the soil becomes immensely rich at every new harvests due to the availability of the remaining organic matter – it increases the amount of carbon present in the soil surface, in the plant, thus in the environment.

This way a water cycle emerges, allowing the ecosystem to build a selfsustained production of water instead of just consuming it.

All this increases the biodiversity, more soil nutrients are retained, the microclimate changes and there is an increase in relative humidity.

More positive reasons to implement the agroforestry are:

–        Reduction of plantation and maintenance costs

and as it said before,

In the documentary called The Book of Nature he explains that “Syntrophic Agriculture is the opposite of Entropy which with time, depletes the soil, becoming empty of nutrients, and in a Syntrophic system as more you work on it, you develop and relate yourself to this resources, this same resources grow and get bigger increasing in all aspects”.

It is time to start putting into practice alternative ways of living, ways that don’t cause harm or pollution to our planet.

Monoculture is not a sustainable option of production in the long-term, it consumes – without giving back – plenty of soil resources, leaving behind a poor environment.

Therefore, agroforestry enriches not only the ground but all the ecosystem besides helping poor environments to recovery and become productive again.

Agroforestry, this new approach – nature-inspired– methodology can be an important step to reduce issues like climate changing, soil degradation, and transgenic crops, offering and generating a more positive impact on a global scale. Every day is a day of change. So, let’s start now.

With the Mind the Graph platform tools you can create any infographic that comes into your mind. We turn scientists into designers to increase their impact.

You, a scientist working with botany, nutrition, entomology, or earth sciences, the platform has ready-made illustrations that you can use in your work.

You can increase your paper or presentation impact and improve your work with beautiful accurate illustrations.

If you are not a user yet you can start your free trial right now! Join us in Mind the Graph.