New infographics to see the magnitude of the solar system 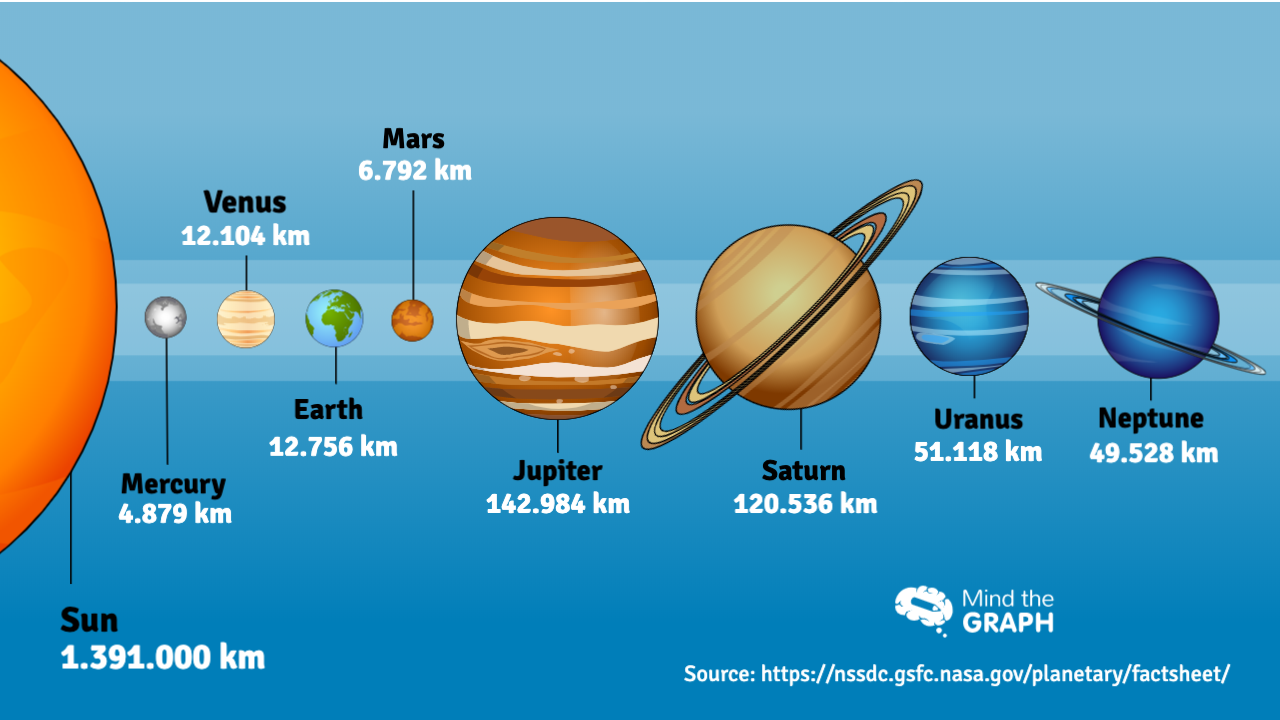 How big and diverse are the universe? Well, this is a tough question even for physics. There is still a lot of mysteries to solve in our planet and the solar system. Do you know that the solar system has more than 4 billion years? We have an entire universe to explore. The unknown can be terrify, but is a good thing. It means we have new things to learn.

So, let’s see some curiosities about our solar system that humanity already discovered. And who knows, what we will discover tomorrow? What about the temperature?

It seems obvious that planets closer to the sun are hotter than the others. This is almost true, but did you know that Venus is hotter than mercury? Look this infographic of the greenhouse effect: The Earth also has carbon dioxide on the atmosphere. So, we also feel the greenhouse effect the keep us warm during the night. However, with the air pollution and the increase of carbon dioxide, the temperature can become too hot, contributing to the global warm.

Pluto is a dwarf planet in the Kuiper belt, a ring of bodies beyond Neptune. It was the first Kuiper belt object to be discovered and is the largest known plutoid (or ice dwarf).

The Kuiper belt is a circumstellar disc in the outer Solar System, extending from the orbit of Neptune.  It is similar to the an asteroid belt, but is far larger.  Like the asteroid belt, it consists mainly of small bodies or remnants from when the Solar System formed. While many asteroids are composed primarily of rock and metal, most Kuiper belt objects are composed largely of frozen volatiles (termed “ices”), such as methane, ammonia and water. The Kuiper belt is home to three officially recognized dwarf planets: Pluto, Haumea and Makemake. Some of the Solar System’s moons, such as Neptune’s Triton and Saturn’s Phoebe, may have originated in the region.

Are you explaining science and complex scientific topics in an understandable way? It isn’t an easy task. If you want that your audience understand the main concept and get curious to learn more, you need to work on your communication skills. Infographics and good images are a powerful tool to communicate better in science. Check our infographics templates to see more