One step closer to the ancestral arthropod 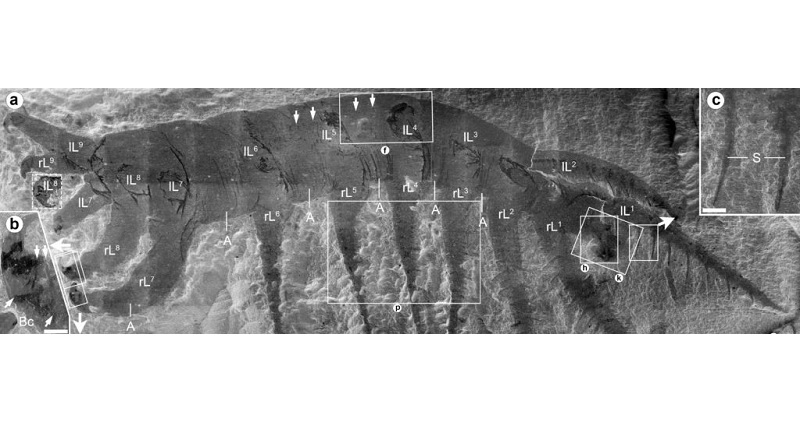 A newly discovered species may bring us one step closer to the ancestral arthropod. This little lobopodian species is approximately 500 million years old and looks like a worm – except for its 20 to 30 legs.

Apart from the amount of legs, this little creature called Ovatiovermis cribratus has some other interesting features. Living deep in the sea during the Cambrian, the Ovatiovermis cribratus used to anchored itself to the bottom of the ocean and used its legs to filter the water. This feeding behaviour reminds a little dance, as you can see in this amazing 3D video:

Scientists are trying to build the arthropod evolutionary tree based on these new findings. However, two main issues still hold them back:

So why all this fuss about one new lobopodian fossil?

The group of arthropods – to which lobopodians are part of – is one of the best succeeded groups of animals covering 80% of all known species. Not only, the feeding habit of lobopodians reveals an important trace in the evolution of all arthropods.

Well Ovatiovermis (Ovatio – Ovation, vermis – worm), you’ve revealed that the ancestor of >80% of animal species was a filter-feeder, stand up and give yourself a round of applause! – Dave Marshall for BioMed Central (read the full article here)

Despite all the new information about the ancestral arthropod, a question remains: do people find lobopodians cute creepy as their living relatives?