Whether we like it or not, with the advent of the digital age, the amount of scientific information produced has been hugely transformed. Several thousand papers are published every single day, which helps with the march of science, but translates to more volume for scientists to digest.

As we can see in the picture below , at times – this growth can be exponential!  Going from a few papers a year to over a hundred every day. Is an insane volume of information. Not only it is difficult to keep up with the volume of publications, it’s also harder to find exactly what you need.

The tendency is to lose time looking for relevant journals and publications. Over here at MindtheGraph we spoke with Sparrho – a tech start-up founded to cope with this digital tsunami of online scientific publications.  Like us, the start-up was founded and run by former PhD and Masters students.

In contrast to typical search engines (such as Google Scholar or Web of Science), Sparrho uses artificial intelligence to aggregate content for its users, without the need to actively and repeatedly search for it.

The team at Sparrho has built a scientific discovery engine using their own analytics and algorithms that allows it to find and distil scientific literature based on user preference to make personalized suggestions. Isn’t it cool? For me, it sounds a little like a major revamp on the concept of the “biomail” platform, once run. Do you remember that?

The results generated is a recommendation system that has a clear academic prowess and strong technology backbone behind it.  The goal of Sparrho is to make life easier for scientists by saving them time.  Interesting, in addition to the main Sparrho search engine – the team at Sparrho have also started working a similar platform called Sparrho Journals, which is a tool to help scientists be able to tag, store, and share publications in a manner similar to Pinterest!  They are currently offering a sneak preview of the tool, so click here to try it out now.

Disclaimer: Sparrho is a tech start-up that has created a search and recommendation search engine for scientific information, from publications to patents to conference proceedings and more.  We know that staying up-to-date is difficult as there is too much information out there, and that science is important to more than just the researchers themselves. The problem is no one knows where to find the information they need. The search engine aggregates more than 20,000 sources everyday (accumulating  a total of 20 million different pieces of content) in order to generate a tailored scientific newsfeed. This is a co-marketing action by Sparrho and Mind the Graph.

Scientist, Mind the Graph co-founder and enthusiast on infographics and data visualization. 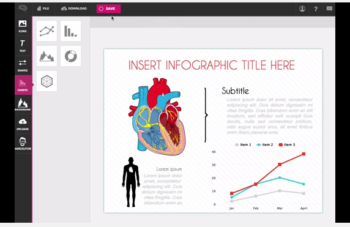 What is Mind the Graph? Free infographic maker for science 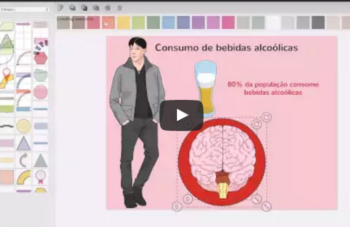