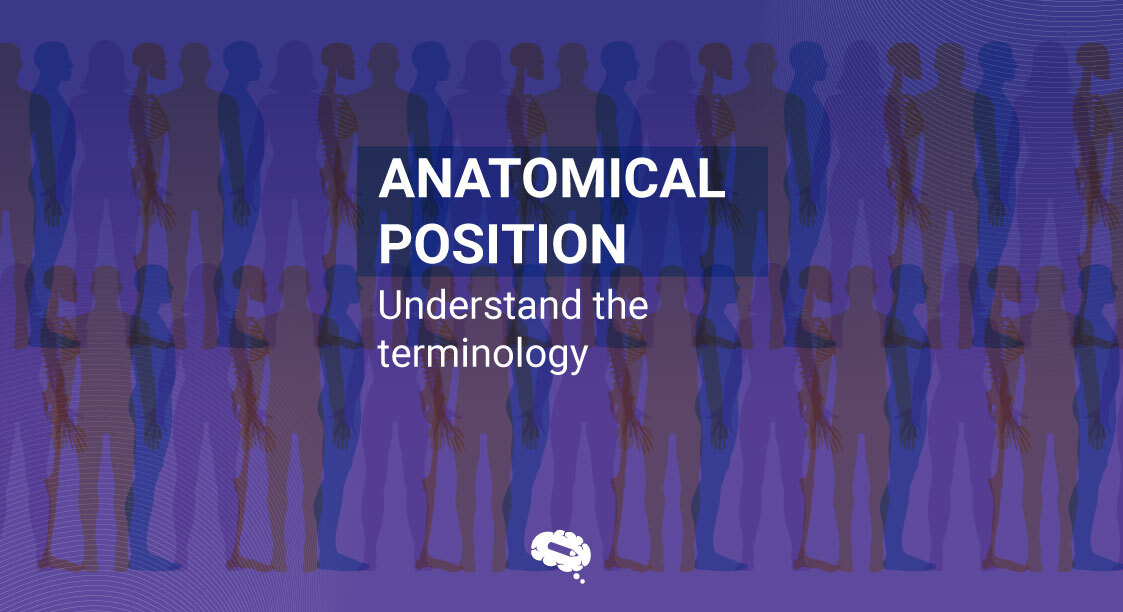 We use anatomical positions to describe the body because they provide a reference point. They can be used similarly to standardization tools to describe an organism’s position. Medical practitioners cannot discuss patients’ bodies without having a general awareness of anatomical position, which is particularly important in medicine.

Anatomical position: what does it mean, and why is it so important?

The term anatomical position refers to how an organism’s body is oriented, located, moved, and directed. A person standing upright, palms facing forward, thumbs pointed away from their body, with arms hanging by their sides, follows this universal standard of anatomically upright posture. Foot alignment is slightly parallel, with toes pointing forward.

There is no literal meaning to anatomical positions. They are just references for the way a body is placed. As with other anatomical terms, for example, body planes, directions, and relationships, this word must be viewed in context.

The anatomical position is essential for understanding human anatomy and physiology because it provides a precise and uniform way to describe these structures. Individual anatomical positions are described using various anatomical terms describing their relative placement to standardized positions.

For instance, posterior or dorsal refers to your back, and proximal and distal refer to the distance between you and something. Whenever anatomical terms are used in a standard manner, they become clear.

Anatomical position jargon: what it means

Regions of the body

Five areas make up the human body: the head, the neck, the torso, the upper extremities, and the lower extremities.

Skull and face are part of the head region. The chest, abdomen, and pelvis comprise the torso or trunk. Shoulders, armpits, and arms are considered upper extremities. A lower extremity consists of the legs, buttocks, thighs, knees, ankles, and feet.

Various organs and structures are cut or sliced by these imaginary planes that intersect the body. Body planes are divided into three categories:

These adjectives describe the relative placement of two structures within the anatomical space. These terms include:

The body is filled with open fluid-filled spaces called cavities, which enclose different types of anatomical structures. These are located in axial locations, including the skull, vertebrae, thorax, and abdominal cavity.

Cavities compartmentalize the body, protect organs, and lubricate them, reducing friction while moving the organs. There are two main cavities in the body: the ventral cavity and the dorsal cavity.

The Ventral cavity is a large cavity partitioned by a dome-shaped respiratory muscle called the diaphragm into the thoracic cavity and abdominopelvic cavity. The heart, lungs, trachea, esophagus, large blood vessels, and nerves are all located in the upper ventral cavity or chest cavity.

The dorsal cavity is the smaller of the two main cavities. Named for its location in the body, it contains organs that are located more posteriorly. There are two parts to the dorsal cavity. Lower portions, or vertebral canals, house the spinal cord, and the upper portion, or cranial cavity, contains the brain.

Communicate your ideas and findings with no effort through impactful visuals

When anatomical positions are illustrated well, understanding them becomes much easier. The use of impactful visuals can facilitate an understanding of even the most difficult or complex research. (Read our blog on the power of scientific illustrations)

With Mind the graph you can illustrate any research and also spread your work to a wide audience. Our library has a large collection of illustrations that you can choose from for your projects. As well as this, you can also customize it from our expert team to meet your specific needs. Visit our website to learn more.

Additionally, errors are made in scientific figures because of a low degree of consistency in color, pattern, and format, incoherence between concepts and designs, disregard for discipline-specific codes, inconsistent proportions and angles, the use of difficult-to-understand words and symbols, and the absence of graphs with accurate scales.

Aayushi Zaveri majored in biotechnology engineering. She is currently pursuing a master's degree in Bioentrepreneurship from Karolinska Institute. She is interested in health and diseases, global health, socioeconomic development, and women's health. As a science enthusiast, she is keen in learning more about the scientific world and wants to play a part in making a difference. Connect with her on LinkedIn: linkedin.com/in/aayushizaveri