The Cannabis World – The Endocannabinoid System

Cannabis treatments have gained a high-level of attention from the scientific and medical community all around the world in the last decade. The treatment responses have shown to be much better compared to conventional drugs. Thereafter, the endocannabinoid system has been attracting attention at an exponential rate; researchers are committed to better understand how this […] 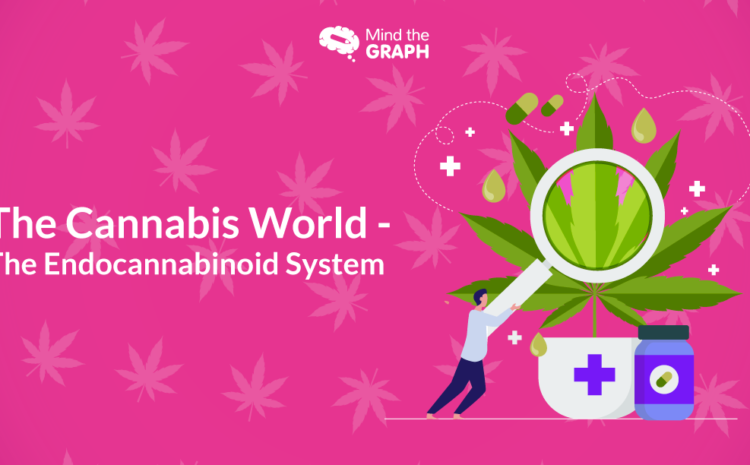 Cannabis treatments have gained a high-level of attention from the scientific and medical community all around the world in the last decade.

The treatment responses have shown to be much better compared to conventional drugs.

Thereafter, the endocannabinoid system has been attracting attention at an exponential rate; researchers are committed to better understand how this system present in the body act and works.

So, scientists are taking a deeper look in order to be able to address doctors’ and patients’ questions.

Before, we fully understood the therapeutic effects of the Cannabis plant; now, science has to answer questions about the endocannabinoid system.

Let’s see what is already known.

In an adult, the endocannabinoid system has a big influence on neuronal activity modulation – it influences many cognitive and physiological processes like hunger, sleep, memory, anxiety, immune response, motor skills, and others.

The ES is a team player, not acting as an isolated system; it’s connected to a variety of different signaling cascades from other systems in the body.

There are three major components that form the ES – the cannabinoid receptors, endogenous cannabinoids, and enzymes responsible for the synthesis and degradation of endocannabinoid molecules.

The endogenous cannabinoids are a type of molecules produced by our body, and it is found also in nature being the Cannabis plant one example.

There are three different molecules known today by science as capable of triggering cannabinoids receptors – the 2-AG and Anandamide (AEA), which are the short-names for 2-Arachidonoylglycerol and N-arachidonoyl ethanolamine respectively, both are classified as endogenous cannabinoids with lipids like structures.

The third one, called N-Arachidonoyl dopamine or just NADA, is also a lipid structure and interacts too with cannabinoid receptors.

The first two are capable of bounding and activate several signaling pathways of G-proteins coupled-receptors, ion channels, and nuclear receptors – being the last one responsible for detecting steroid and thyroid hormones.

Besides the molecular structure similarities, 2-AG and anandamide play different roles in the ES, having distinct biochemical cycles in the body – in addiction a 2012-reviewed article was published about the role of anandamide in schizophrenia.

Several studies have shown that endogenous cannabinoids are synthesized by the body following its necessity, in other words, “on demand”.

This means we don’t synthesize endogenous cannabinoids all the time, they are not floating around in the bloodstream, waiting to be called, they are synthesized in a specific place when needed.

The two cannabinoids receptors known today, CB1 and CB2 are both G-protein-coupled receptors.

The receptors have different functionalities, they have the ability to interact with different molecules and activate different signaling pathways, and this can result in specifics or divergent biological effects.

The majority of CB1 receptors are found in the central nervous system, but it could also be found in organs like liver, skin and adipose tissue.

In the nervous system, the CB1 is observed in several synaptic terminals, having an important role in modulating synaptic transmission.

This receptor has also a characteristic to heterodimerize – bound to different structures of itself – with other G-protein coupled receptors, like dopamine D2, hypocretin, and opioids receptors. In fact, a few studies showed that cannabis is helping with pain management decreasing opioids doses.

The CB2 receptors are abundant in immune system cells, and despite being expressed in much lower levels than CB1, CB2 is also present in neuronal cells.

This receptor is found in different organs like the liver, spleen, pancreas, colon, and bones.

Researchers describe the CB2 receptor activation as an anti-inflammatory factor in inflammation scenarios. The CB1 is the main receptor for anandamide and THC as well.

Both anandamide and THC are classified as CB1 receptor partial agonists, which means, the molecule has very low efficacy in producing a receptor response, directly influencing the therapeutic effects.

Meanwhile the 2-AG – more abundant in the brain than the anandamide – is classified as a high-effective agonist to both receptors, CB1 and CB2, having the capacity to bind to the receptor activating and producing a high-level biological response.

Meanwhile, the CBD is classified as an antagonist to both receptors, meaning that the molecule connects itself to the receptor without activating it, this prevents other molecules to connect and activate the receptor.

Due the large number of endocannabinoids receptors in the brain, a few mental illnesses have been associated with endocannabinoid system dysregulations and genetic polymorphisms, like psychosis, schizophrenia, anxiety, depression and autism.

Scientists have tried to understand and find out the exact connection between possible mutations in the endocannabinoid system and these diseases.

Today is possible for patients to contract a company to analyze their genetic code and get all the possible mutations of their endocannabinoid system code and understand how their body deal with cannabis molecules like THC, CBD and many others.

Allosteric modulators are capable of changing the kinetics and/or the efficiency of the receptor – is an enzymatic regulation, which is characterized by the binding of an effector molecule to a different region than the enzyme active site, this secondary site is called orthostatic site.

An important fact to mention is that the CBD is a negative allosteric modulator of the CB1, decreasing the CB1 activation by THC.

In other words, the THC has its effects decreased by the effect of CBD. The psychoactivity of the THC is lower when co-administered with CBD.

As you can see, the Endocannabinoid system is not simply at all, on the other hand it is a very complex system present in almost our entire body.

It is an important signaling pathway regulator and apparently, the ES is connected to some degree at a biological level that the scientists still don’t fully understand.

The exogenous cannabinoids – cannabinoids not produced by the human body – are also very important molecules for the endocannabinoid system, but that will be discussed only in the next chapter of the Cannabis World.

Did you like the infographic in this article? You can create similar infographics on Mind the Graph, you can start using right now.

The platform can help you create infographics just like the one in this article. You can use neurology, cardiology, endocrinology, gynecology, urology, and many others.    And if you need help we are here for you, contact us!