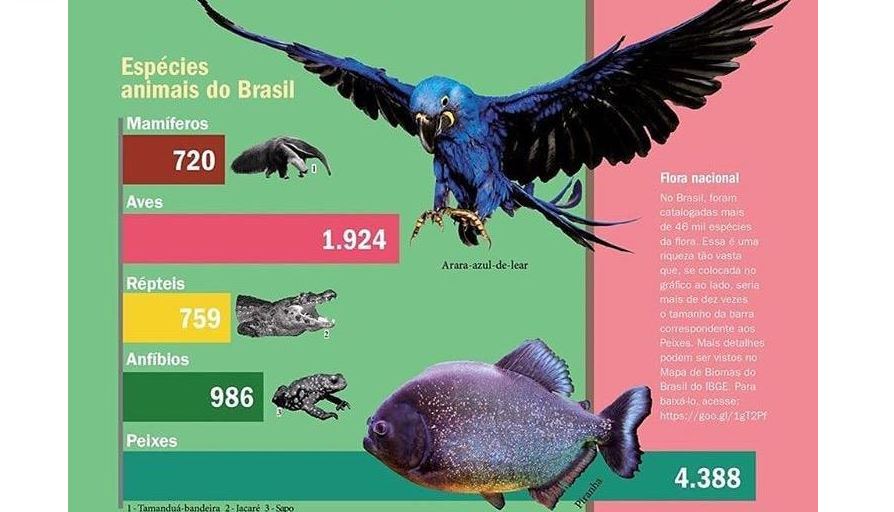 One of Brazil’s most valuable assets is its dense covering of rainforests. Of course, the Amazon Rainforest is the most significant of these. The forest covers a vast portion of the country. Besides that, the Amazon rainforest provides the ideal habitat to approximately one-third of all animal species in the world. To date, there have been identified approximately 56 000 species of plants (described), 1 700 bird species, 695 amphibian species, 578 mammal species and 651 reptile species.

Rainforests cover almost 60% of the entire area of Brazil at 477 698 000 hectares. This is equivalent to 1 844 394 square miles or just under 3 million square kilometres. This means that Brazil is home to a third of the world’s rainforests, making it one of the most intriguing and beautiful lands on earth. The dense rainforests of Brazil consume an enormous amount of the world’s Carbon Dioxide and release Oxygen in return. However, when they are destroyed, the trees release the Carbon as greenhouse gases. Moreover, this has huge implications for the brazilian biodiversity, earth and its atmosphere.

But the Amazon forest isn’t the only one import ecosystem in Brazil. The country has several ecosystem with thousands of endemic species. So, to show that to the world the IBGE (Brazilian Institute of Geography and Statistics) create stunning infographics. Take a look at them: Besides all the information, the infographics bring amazing illustrations. So, this way you can get the reader attention easily. If you want to create infographics to show you research too you can try Mind the Graph.