Kids are the best scientists 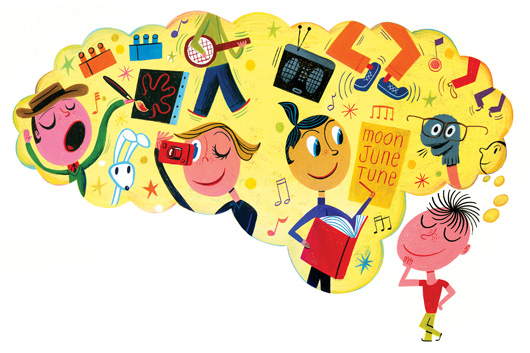 What are the essential skills of a scientist? Being creative, curious and open-minded is a good start right? Well, that is why kids are the best scientists.

This week on Science website, an amazing post talks about the Science Books and Films (SB&F) Prizes for Excellence in Science Books. Sponsored by Suburu and AAAS (the publisher of Science), this annual competition highlights books that promote science literacy among children and young adults.

“One day, my sister will be bigger than me,” a friend’s 3-year-old recently announced. “How do you know that?” her mother asked, preparing for a preschooler’s take on polygenic inheritance. Leaning in closer, she whispered: “An owl told me.”

What tickles me about this response is how perfectly it illustrates the creativity and open-mindedness with which children approach the world. Like the best scientists, they tackle the unknown with minimal preconceptions and aren’t afraid to employ a little outside-the-box thinking.

The finalists to the Prize for Excellence in Science Books are: Outside: A Guide to Discovering Nature
Maria Ana Peixe Dias and Ines Texeira do Rosario Grow! Raise! Catch! How We Get Our Food
Shelley Rotner Treecology: 30 Activities and Observations for Exploring the World of Trees and Forests
Monica Russo The Cell: A Visual Tour of the Building Block of Life
Jack Challoner Crow Smarts: Inside the Brain of the World’s Brightest Bird
Pamela S. Turner Because of an Acorn
Lola M. Schaefer and Adam Schaefer

Can you imagine if every scientist could be a little bit more like a kid? Certainly we would become the best scientists we could be.